As they say in Gaelic, Ceud Mile Failte (A hundred thousand welcomes)

Scotland has a rich heritage which you can enjoy today at Highland Games and traditional gatherings such as ceilidhs.

Highland Games are usually held throughout Scotland from May to September. The heavy events (especially tossing the caber) are always popular, and there are also athletics competitions, as well as piping, drumming and dancing. Unfortunately most Games have been cancelled for 2021 due to restrictions on large gatherings, but you will certainly get a warm welcome in 2022.

A strong Gaelic culture can be found on the west coast, especially in the Outer Hebrides. Scottish Gaelic (Gàidhlig) has its roots in the Celtic languages and dates back over 1000 years. Today you will frequently see road signs and street names in both Gaelic and English in the Highlands & Islands. Also look out for signs bearing the word Fáilte which means 'welcome'.

The Royal National Mod is the annual festival of Scottish Gaelic song, arts and culture. Mod means annual gathering and over 20 provincial Mods are held in towns throughout Scotland every year. 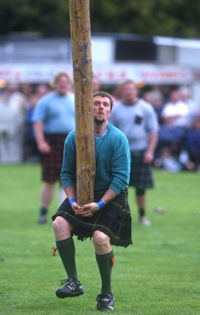 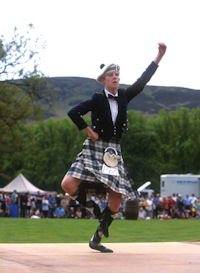 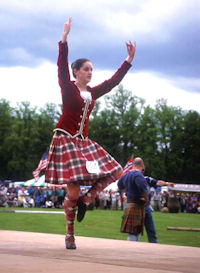